Guns Against The Reich: Memoirs of an Artillery Officer on the Eastern Front
Petr Mikhin
Pen and Sword
8/19/2010
Hardcover
224
http://www.amazon.com/Guns-Against-Reich-Memoirs-Artillery/dp/1844159310/

The number and quality of memoirs getting translated from Russian lately is impressive and this is among the best. 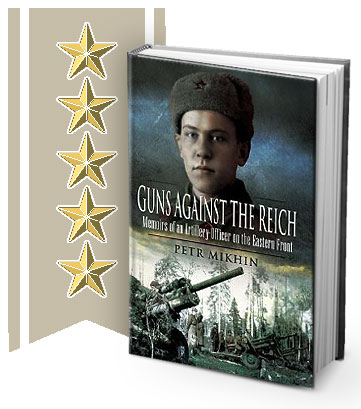 Often memoirs provide more heat than light, focusing on the small scale personal experience of war without providing any meaningful context to that experience. Luckily, the process of getting translated, especially from Russian, tends to filter out junk and leave books that are quality either due to the writing or the unique perspective they provide. This book qualifies on both counts, being both well written and the only eastern front memoir from a junior artillery that I’ve found.

The author served in a variety of roles up through Battalion Commander in the 1st Battalion, 1028th Artillery Regiment which was part of the 52nd Rifle Division. Unfortunately, that’s a refreshing change because while everyday infantry divisions were the vast majority of units that served in WW2, their members are horribly underrepresented in the memoirs that get published! How many memoirs from SS soldiers and members of the 101st Airborne do we really need after all?

The book runs from the authors enlistment on after the Germans invaded the Soviet Union in June 1941 to the end of the war when the Division was fighting in Czechoslovakia. Since the author’s first operation was the fighting around the Rzhez, it is interesting to watch the improvement in the Division’s effectiveness from the Summer of 1942 through the end of the war. For obvious reasons, most Soviet memoirs are from operations later in the war, so the perspectives from earlier in the war are most welcome.

Overall, I found the book highly enjoyable from both a personal and professional standpoint. Any student of the Eastern Front will find this to be an essential part of their library. Highly recommended! I give this book five stars!