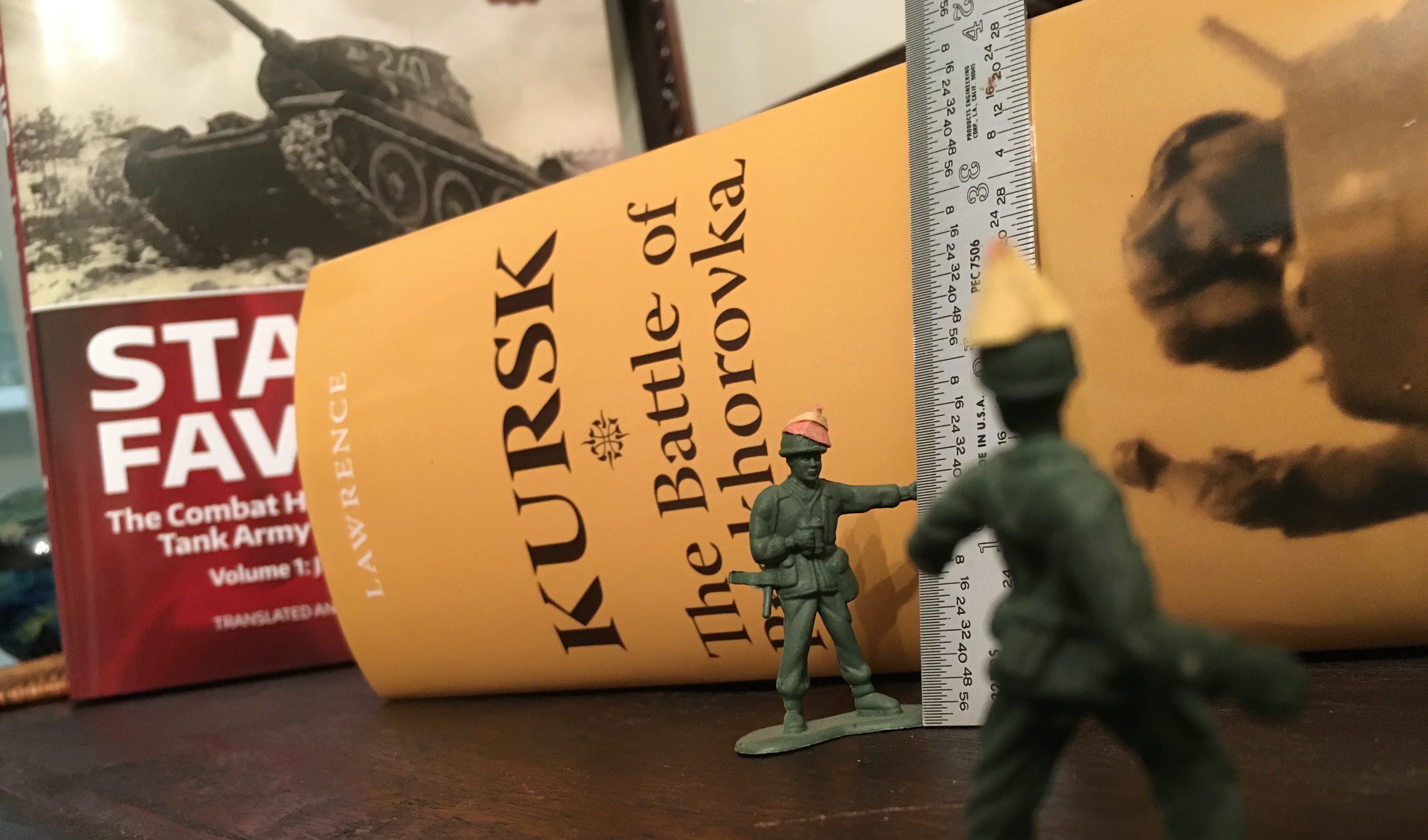 So Christmas has come and I got a couple of books that are blog worthy. The first is what is probably the largest book I have ever actually laid hands on –

Kursk: The Battle of Prokhorovka  by Christopher Lawrence from the Dupuy Institute, published by Aberdeen Books.  It had its origins in a database of raw data used to develop and verify combat models for the US Army, so as you might expect, thereís a ton of data driven analysis present. Since the data was gathered after the Soviet archives were opened to researchers and used archival data from both sides, so I think this is as close to ground truth as we are going to get.  This is the most comprehensive and detailed account of the southern shoulder of the Kursk salient I’ve ever seen. Often, you just get the highlights, or a focus on just the actions of II SS Panzer Korps or the Grossdeutschland Division, but this book covers every division involved in on a daily or near daily basis. The author discusses the origin of the book and why he wrote it in this style here. Overall, after paging through it, it feels like what a 1600 page book on Kursk would look like if written by the staff of the old Strategy and Tactics magazine. I’m looking forward to digging into this one and will post more once I do. The other book I got for Christmas is Stalin’s Favorite: The Combat History of the 2nd Guards Tank Army from Kursk to Berlin: Volume 1: January 1943-June 1944 by Igor Nebolsin and translated by Stuart Britton, which is the first Soviet unit history I’ve ever seen in English. This is part of the Russian language scholarship on the Great Patriotic War that is finally making its way into English and the results so far have been very promising The Viaz’ma Catastrophe and Demolishing the Myth are some examples. More to follow, but I’ll be very interested to compare this book’s account of the fighting around Ponyri Station and the Korsun Pocket with other books I own. Finally, I got a DVD of a documentary on the Winter War that PBS put out a few years ago called Fire and Ice (Youtube here.) Its pretty well done and reasonably balanced, even if it does fail to mention the Continuation War when talking about the aftermath of the conflict. Recommended and well worth the time to watch.