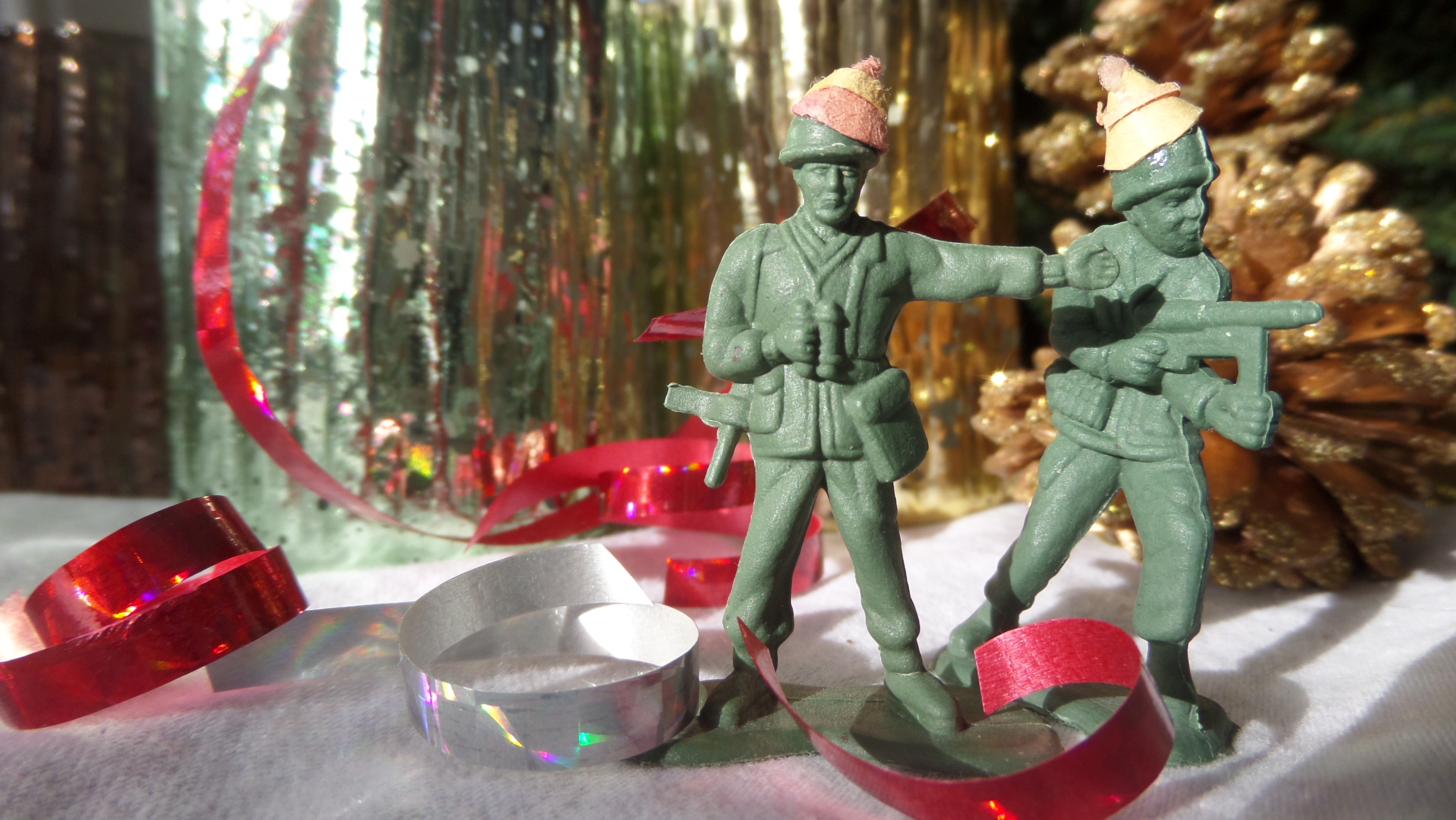 The New Year is here and it’s time to figure out what I’m focusing my hobby efforts during 2016. So here’s my wish list along with a brief explanation of each bullet:

End 2016 with less unpainted lead than I started the year with – I actually managed to accomplish this in 2015 due to a combination of flea market selling and recruiting a friend (John Desch) who is a great painter to help me work through the backlog. Hopefully 2016 will hold more of the same!

Complete playable 28mm German and late war Soviet forces for Chain of Command – I already have reinforced platoons of Japanese, Early War Soviets and Fallschirmjagers done, so want to flesh out my Eastern Front forces. Most of the lead is in hand, I just need to sequence into John’s paint queue.

Complete padding out my 15mm Indian, Successor and Carthaginian DBA armies into L’Art de Guerre armies – I get to play every week at the house of the US distributor for Essex Miniatures, so really its just getting myself to paint the odds and ends that I need.

Work on my German and Russian Language skills – I took German in college long ago and just finished brushing up on Duolingo. So my goal is to continue to improve my German and start working on Russian so that foreign language primary sources start to become usable.

Organize my Flames of War 15mm armies for I Ain’t Been Shot Mum – I have some decent sized forces in 15mm that I got for playing Flames of War, so I need to flesh them out to full TO&E and get some single figures mounted as change.

Complete one other Chain of Command platoon no one else in the local playgroup has – So anything outside the standard US, UK, German and Soviet (and some fringe forces within those) is fair game. Ghurkas, Partisans, Italians and Romanians are the leading contenders at the moment, but French and BEF British are also in the queue at some point.

Add content to this Blog every week (and hopefully more often!) – I think by doing that I can make my hobby efforts more focused and prevent some of the “Ooh! Shiny!” syndrome.

One project to be named later – This is my concession to the “Ooh! Shiny!” syndrome. I get one unscheduled project for the year and that is it! I have some ideas what it might end up being, but that I’m going to try to keep it in pocket until I’m sure about it.

Make a dent in the book backlog by reading/re-reading at least 25 military history books currently in my possession and 50 books overall – Unfortunately, I buy books faster than I read them and have for years. I know this won’t stop me from buying more books this year, but I hope that it will get me caught up, albeit incompletely. I keep track of my library in Bookcrawler on the iPad and the number of books I have that were either unread or last read in the distant past was a bit disconcerting. I’ll explore that list in more detail over the next few posts.

Buy only books that I will actually start reading within 90 days of buying — This is a corollary to the “Make a dent in the book backlog” resolution. My one concession to impulse buying is that anything worthwhile on Kindle for $1.99 or less is fair game.  I’ll post when I come across such inexpensive electronic jewels, as well as books that make the “will be read in 90 days” cut.